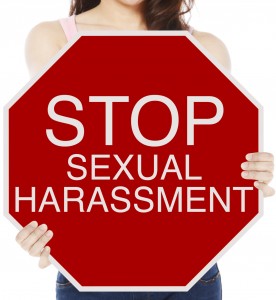 Over the last few years I have become increasingly concerned about the possibility that some individuals who have been convicted of crimes that are not sex offenses will nonetheless eventually be required to register as sex offenders.

The Tennessee Sex Offense registry statute already lists several offenses that depending upon the facts of the case have nothing to do with sex, including such as crimes as kidnapping, or indecent exposure.

Year after year the legislature expands the sex offense registry to include more and more crimes and adds more and more restrictions to those required to register.  Despite the fact that there is no evidence that these statutes actually protect anyone adding more offenses and restrictions to this law is an easy way for a politician to look tough on crime.  Regardless of how ridiculous any proposed addition to the law may be no other politician will stand up against the continued expansion of the sex offender registry because he will be crucified in the next election with commercials about how he protects sex offenders.

The Courts have also bent over backwards to uphold these laws.

My main concern is situations where an individual has been charged with a sex offense, for example aggravated sexual battery, but the evidence is weak and a conviction is not likely so the prosecutor agrees to a plea bargain and to let the defendant plead guilty or even no contest to a non-sex offense crime like aggravated assault and receive a probationary sentence.  This is very difficult even for the innocent defendant to turn down.  Does he let 12 strangers on a jury decide his fate and if convicted he spends 12 years in prison and is subjected to the sex offender registry and all that goes with it?  Or does he take the offer and plead to the non-sex offense aggravated assault and get guaranteed probation?  Nine times out of ten he will take the deal and I can’t blame him.

I have been concerned that sooner or later the legislature will pass a law that requires that anyone who had an original charge involving a sex offense will be required to register as a sex offender even if they plead as part of a plea deal to a different offense.  At first I thought this may happen but I had my doubts.  Now I will be surprised if it does not happen.  I think it is only a matter of time.  One reason I see this coming almost as a certainty is that I have recently had a prior client come to me who faced the situation discussed above.  He was charged with Aggravated Sexual Battery and was facing 12 years in prison if convicted.  I think we could have won the case but there are never any guarantees.   A week before trial the prosecutor offered to let him plead guilty to Aggravated Assault and receive six years of probation.  He took the deal.

Four years into his probation despite not pleading guilty to any type of sex offense and despite not being found guilty of any sex offense the probation department is attempting to force him into sex offender counseling and during counseling they are attempting to force him to admit to the original charge of aggravated sexual battery.  I have learned this is now their policy.  I have petitioned the Court to order that the Probation Department not be able to require my client to attend sex offender counseling – as I write this article the motion is pending and I do not yet know what the judge will do.

I believe requiring these individuals who have already entered guilty pleas to a non-sex offense to register would clearly violate due process.  However, based upon how both the State and Federal Courts ruled regarding retroactive application and due process challenges to the original sex offender registry I have no confidence in the courts to strike down any such new law.

I am therefore advising any clients who may be offered a deal to plead to a non-sex offense crime in a plea bargain to require the State to put on the record at the plea that the plea is conditioned upon the fact that the defendant will never be required to register as a sex offender even if the law changes. If the State will not agree to such an understanding but the client wants to take the deal anyway then the client needs to be aware that the law could change someday and he could be required someday to register.