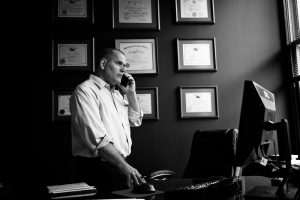 After law school, Brent immediately went to work in the State Attorney’s Office in Florida. For the next seven years, Brent prosecuted all types of crimes and developed a reputation as an extremely effective sex crimes prosecutor, becoming the go-to guy when the office had a tough case of that type.

In 1994, family responsibilities took Brent to Tennessee, where he went to work for the Tennessee Attorney General and Reporter’s death penalty division. Later, he went to work at a large private law firm. Soon, however, he decided that the corporate style of large firms was not for him. He therefore opened his Nashville practice in 1996.

Not all persons charged with crimes are guilty.

People often ask Brent how he can defend people charged with crimes, especially for crimes such as sex crimes, rape and child pornography. There are several answers to these questions, which you can view in detail on his website, on the page “Why I Am Proud to Be a Criminal Defense Attorney.”

Not all individuals who are charged with crimes by the government are guilty. Rarely does the “system” intentionally arrest and charge an innocent person, but false allegations by vindictive spouses, business partners, angry family members, and others with a motive are sometimes made. Many former clients found that Brent’s insight was able to put their minds at ease. Client Testimonials

Brent has experienced firsthand, having worked for the government as a prosecutor, how the system can make mistakes because of false allegations or overzealous prosecutors and police officers. While he believes that most prosecutors and police officers are honest people doing a tough job, he knows from personal observation as a former prosecutor that police and prosecutors often develop “tunnel vision” or confirmation bias,” where they form an initial impression about one person’s guilt, and the entire investigation is tunneled or focused on proving that person’s guilt while exculpatory information and other suspects are overlooked.

This is an especially troubling problem in child sexual assault cases, where the system which includes the investigators and social workers often has an automatic bias in favor of the child and would never consider that the child’s allegation could be false. It is Brent’s opinion that, in most of these cases, every question of the child or the suspect, and every investigative action taken by the authorities, is designed to confirm the child’s accusation and that the investigation is not an unbiased search for the truth. This happens not because those working in the system do not care about the truth, but because they have an automatic bias against the suspect.

The system is therefore usually quick to react, deciding that the suspect is guilty and kicking into full gear to prove that guilt and putting blinders on to all other possibilities, including the person’s innocence. When the full power and resources of the state come down on you, it is absolutely necessary to have an experienced, tough, effective criminal defense attorney on your side. Prior Results

It does therefore happen that innocent people are charged with criminal offenses. When it does, Brent is proud to be the one person who stands up to the police and the prosecutors on behalf of these individuals. 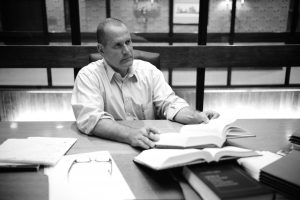 Through his career, Brent has tried cases from DUIs to homicide and has tried well over 200 criminal jury trials to verdict. Mr. Horsts’ clients benefit from his extensive trial experience prosecuting child pornography cases, sex offenses, and federal and state drug crimes, as well as from his experience and ability. He has become one the elite criminal defense lawyers who is board certified as a criminal trial specialist by the National Board of Trial Advocacy.

As a sole practitioner, Brent is able to provide a personal approach that he believes large law firms cannot provide. Many times, when you call his office, he will answer the telephone himself. When you are charged with a serious felony offense, Brent handles every part of your case.

One should not confuse Brent’s accessibility to clients and his easy, approachable demeanor with him being a pushover. In the courtroom, he is recognized by prosecutors and judges as a tenacious fighter. His experience, board certification, ability, and toughness place him in the top tier of criminal defense attorneys in Tennessee.

For an aggressive and experienced criminal defense, contact our board certified former prosecuting attorney, Brent Horst, and schedule a confidential case evaluation.

Board certification is simply one thing that a lawyer can do to provide some proof to people that he is a competent lawyer in a particular area of law. So in other words, in order to become board cert…