Click for Navigation
Horst Law > Blog > Blog > Domestic Violence, The NFL, and The Politicization Of Our Criminal Justice System By The Politcally Correct

Domestic Violence, The NFL, and The Politicization Of Our Criminal Justice System By The Politcally Correct

I have had it. I cannot standby any further and watch the spectacle unfolding in the NFL without adding my two cents. If you haven’t heard – Ray Rice who was a running back for the Baltimore Ravens was initially suspended by his team for two games after he was charged with domestic violence against his then fiancé and now wife. After a video of the assault was released showing a very violent attack he was then released from the Ravens and suspended indefinitely by the NFL. All well and good. I have no problem with any of that.

What I have a problem with are the pundits and politically correct exploiting the situation to push their own selfish interests and telling the NFL what they must now do and telling me what I must think. The commentary from sports casters and organizations like the National Organization for Women has been ridiculous. They are trying to make it appear that somehow the assault upon this young woman was the fault of the NFL and that the assault on every other woman from here to the end of time will be the fault of the NFL because they did not suspend Mr. Rice immediately. 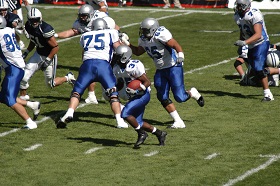 What I have a problem with is the NFL’s caving to these ridiculous assertions and hiring a three member (all women) victim advocates panel to advise the league on domestic violence, because of course this panel will not only be able to stop domestic violence by NFL players but they will miraculously come up with the answer to solve domestic violence thru out our entire society. I hope at the same time they can apply their superior intellectual magical powers and come up with a solution to false allegations and accusers who make false allegations. Of course they will do no such thing because it is not justice they pursue but the advancement of their political agenda. More money for more programs for more projects for more victims whether it is shaking down the NFL or passing legislation for tax payer support of these endless programs and projects.

What I have a problem with is the refusal by these commentators and advocate groups to acknowledge that just as abuse does occur, false allegations of abuse are also made, and with more and more hysteria being drummed up by the talking heads and advocate groups an environment is created to cause more false allegations because then, as soon as any allegation is made no one wants to be the bad guy or to be politically incorrect and say – but wait a minute is the allegation true. My point is not that Ray Rice was falsely accused because the evidence is pretty clear that he is guilty, but simply the fact that the victim advocate industry is using Mr. Rice’s case to advance their own political agenda and not justice. If these groups were interested in justice you would hear more about the victim in this particular case, but you don’t hear anything about her from these groups because she actually did not want her husband prosecuted and that does not fit their agenda.

What I have a problem with is that this case is helping to create a witch hunt environment where a false allegation to extort money, or to gain an advantage in a divorce or a child custody case, or as an act of revenge by a jilted lover, or as a desperate act for attention from a delusional person, can be successfully levied against an innocent person. I know these types of false allegations occur because I have handled cases in each one of these situations where it was shown the allegation was false for these exact types of motives. Yet we don’t hear about the many cases of false allegations. When we do it is a very brief story and there are never any calls for panels, or commissions, or changes in the law. The false allegation cases are not made a national crisis by the chattering and political class because those cases do not drive the political agenda of the victim rights advocate industry, or the agenda of the politically correct crowd. Have no doubt many of these victim rights groups are more motivated about advancing their own cottage industry than actually helping victims. Case in point – all this whining and complaining just landed a very sweet gig in the most popular sports league in the world by three woman who likely don’t know squat about the sport they have been hired to monitor. I can guarantee that their new job with the NFL monitoring the NFL for domestic violence issues will do far more for them and their own careers than it ever will ever do for stopping and preventing domestic violence, because as the story mentions they have been “retained” which means they are being paid, and they are not donating their time. That tells you a lot about what is really going on here. 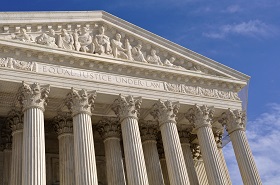 What I have a problem with are the calls for head to roll of the prosecutor who allowed Mr. Rice to have a diversionary sentence allowing Mr. Rice to avoid jail or a formal conviction. The individuals clamoring for this prosecutor to be punished know nothing about the criminal justice system. I was a prosecutor once. I prosecuted domestic violence cases. For the record –as if it needs to be said – I do not condone violence against a woman at any time or any place. However, these pundits have no idea how hard it is to obtain a conviction when the victim does not want the person prosecuted. Yes there was a video tape in this case and that would have helped a lot. However, a prosecutor should also consider whether a case should be pursued when the victim in the case has requested that there be no prosecution even if he thinks he can make the case without the victim. He must consider whether such a case deserve the limited resources the prosecutor possesses. He does not have an unlimited budget, or unlimited time. Before the victim rights groups jump all over me about the “cycle of violence” and how women cannot escape the offender and are afraid to follow thru with the prosecution – this is not true in every case. You cannot convince me that Mrs. Rice does not have the intellect, the resources, and then knowledge of how to step away from her husband if she so desired. Is not the prosecutor’s time better spent prosecuting cases where the victim wants justice? This is a judgment call that can only be made on a case by case basis and sometimes the wrong call will be made. The point is that these situations are rarely black and white, and for the chattering class and thought police to call for this prosecutor’s head without allowing for these considerations is simply wrong.

What I have a problem with are the individuals completely ignoring the desire of the Victim in this case. Mrs. Rice did not want her husband prosecuted. Is she not allowed to have a voice in the process? Does not the right of a woman to equal rights and to justice include the right to have her voice and desires considered in the criminal justice process when she is the victim? Oh, that’s right, I forgot. The only voices that are allowed by the chattering heads, and political thought police are the voices that agree with them. So Mrs. Rice I am sorry, but obviously the N.F.L., N.O.W., and just about every sport’s commentator on T.V. knows what is better for you than you do.

What I know from all of this is that my little rant will not change any of these things. But what I also know is that I am turning off the NFL, and ESPN. I watched football to enjoy the sport. If I wanted boring, hyperbolic, and mostly inaccurate political and social commentary I would watch CNN or MSNBC. I am pretty certain there are many people who feel the same way and I suspect this is why many female fans at last week’s Ravens games wore Ray Rice Jerseys. I suspect the wearing of Mr. Rice’s Jersey by these fans was not as much a show of support for Mr. Rice as it was a demonstration against the NFL for paying more attention to political issues than football. I suspect the declining ratings in the NFL is being caused by that same frustration.