Click for Navigation
Horst Law > Blog > Blog > Can I go to Jail for Spanking my kid?!

Can I go to Jail for Spanking my kid?!

Last week I wrote about domestic assault and how special interest groups were exploiting the situation. As I was writing that article the news was breaking on the Adrian Peterson case and his indictment for child abuse by a Texas grand jury for spanking – or more accurately whipping his four year old child with a tree branch. Photos.

Make no mistake. There are social, victim, and political advocacy groups who would love to infringe upon your constitutional right to parent your child by making it illegal to spank your child. Also make no mistake, they are closer to accomplishing this goal than many of us would like to believe.


We are living in a day and time when there are a lot of questions surrounding what is the legal appropriate measure of discipline if I chose to spank my child. A lot of experts will tell you that you … 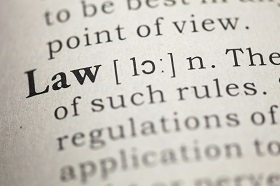 Before I go any further I want to make it clear that I do not prefer corporal punishment as a way to correct a child or set boundaries. However, I also believe there are some very strong willed and difficult children that on occasion will only recognize boundaries enforced by a spanking. Sometimes depending on the child and the situation a spanking is not only justified but is necessary. But is spanking legal?

I am unaware of any state that has expressly outlawed spanking by parents as a form of discipline. However, I know that many States including Tennessee have enacted child abuse laws that so broadly define “child abuse” that any spanking that is effective as punishment would by the definition of the “child abuse” statute necessarily be child abuse. For example, in Tennessee for purposes of being able to bring a child abuse petition against a parent in order for the State to step in and remove the child from the home Tennessee has defined abuse to include the “infliction of physical pain”. So, feel free to spank. Just don’t cause any pain or you have just committed child abuse. Of course one has to ask – is a spanking that does not cause any pain even a spanking? What is the point of a spanking that does not inflict a little bit of pain? Isn’t that the point?!

To bring sustain criminal charges or a criminal prosecution for child abuse in Tennessee the infliction of injury is required. However, there is no minimal level of “acceptable injury” so the slightest bruise, scratch, or red mark could be considered as injury and grounds for the State to bring a criminal case of child abuse against a parent.

Certainly the more serious the injury the more likely it is that the State will step in to remove the child from the home and to bring criminal charges. Although I have personally not seen any cases where the state has attempted to remove a child from the home where there was no injury inflicted, the fact that the State by statute has the authority to remove a child from a home simply because the spanking inflicted pain should be very scary to parents. Based upon other abuses of power that I have observed committed by the State of Tennessee and the Department of Children’s Services I certainly would not be surprised to see them bring such a case.

For example, I currently represent an individual who is the victim of just such an abuse of power by the State. My client was the step parent to a 14 year old girl. When she was caught lying he whipped her with a belt which caused some bruises. In Tennessee under a law called Haley’s Law which many other States have also enacted inflicting serious injury on a child between 8 and 18 is a class B felony punishable by an 8-12 year prison term, no probation, no parole. (for a child under 8 inflicting serious injury is a Class A felony, 15-25 years). Serious injury includes “serious bruises”, what constitutes serious bruising is not defined by Haley’s law. The bruises on the victim in this case were not permanent, they did not threaten her life, and did not require hospitalization, and were far less serious than the injuries Mr. Peterson’s son suffered which have been posted on my Facebook page .  Nevertheless the State is alleging that the bruises were “serious bruises” and is trying to put this man in prison for 8-12 years four inflicting bruises on a 14 year old, despite the fact that he has no prior criminal record for child abuse or any other violent behavior or any other felony.

We are defending the case on the grounds that 1) the bruises inflicted were not serious bruises and 2) the Statute is unconstitutional because the punishment is disproportionate to the offense and is therefore a violation of the constitutional prohibition against cruel and unusual punishment. 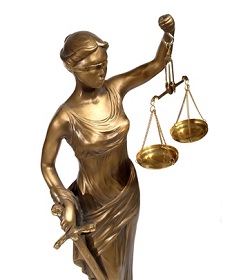 Therefore, to answer the question posed at the beginning of this article the answer at least in Tennessee and in most if not all States is yes you may spank a child as part of valid punishment. However, be aware that even if you do so responsibly you are putting yourself at risk of being accused of child abuse. The accusation may be unjust but you may be forced to defend yourself nonetheless. Also be aware that if you spank your child and leave any injury you are putting yourself at great risk of going to jail.

There is no question that Mr. Peterson went too far in his spanking, and his behavior on how he disciplines needs to be corrected, but it does not deserve a 15-25 year prison sentence which is what he would be looking at in Tennessee. I believe that the interest groups and the State, both of which want to be able to tell you how to raise your child, advocate for such harsh sentences not just to protect children but to scare parents from using any corporal punishment.

As for me if my child refuses to listen after all other attempts at discipline have failed and needs a spanking she will get one, and it will be tempered and measured, but it will hurt just enough to get her attention to correct her behavior. I will stand up for my right as a parent to discipline my child with a spanking if necessary, and I will continue to stand up for the rights of my clients and to defend them against unconstitutional abuses of power by the State.