The Difference between Sexual Assault and Rape 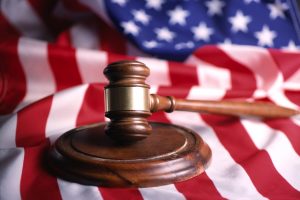 Sexual assault and rape are not synonymous terms. In Tennessee law, indeed, they are two different types of sex crimes, although rape can generally be classified under the umbrella of sexual assault. Sex crimes charges are very serious, and a conviction can mean lengthy time in state prison. For this reason, if you have been charged with sexual assault or rape, you need to hire a strong Nashville sex offense lawyer.

Sexual assault actually encompasses a number of different types of crimes that are generally characterized by the imposing of one’s will on another. They are comprised both of acts which involve bodily contact and acts which do not. Among the specific crimes that fall under contact sexual assault are:

Rape, on the other hand, is a crime characterized specifically by the act of forced penetration. In other words, all rapes are sexual assaults, even though sexual assault is not just rape but other sex crimes as well.

Your Defense in a Sexual Assault or Rape Case

A sexual offense conviction can mean many years behind bars. Your attorney will thoroughly question you about the event in question. It is very important that you are honest with your lawyer. He is the one person you can trust, for he is required by law to retain confidentiality. Do not talk about your case with others—not even a spouse or close friend. If you do, that person may be called upon and required to testify against you.

Hire Quality Legal Representation if You Have Been Arrested

If you were arrested and charged with rape or sexual assault, it is extremely important that you have a strong Nashville sex offense lawyer in your corner who will fight for you. Call Horst Law today to arrange a consultation at .