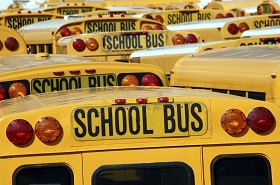 It seems that at least monthly we hear about some teacher somewhere being accused by a student of having sexual contact with the student, so this is rarely news worthy. However, a recent case out of Louisiana has managed to put a new twist on an old story.

It was not just that the 24 and 34-year-old female teachers allegedly sexually involved with the 16-year-old student were very attractive and could have dated pretty much anyone they wanted but instead, if true, inexplicably chose to target minors – we have already seen that story in Tennessee, and in Florida , and in many other states. What made the recent Louisiana story “new” was the fact that these two teachers allegedly engaged in a “three-way” encounter with the young man. It was reported in at least one of the news stories that police were also investigating the possible existence of a video of the incident, and that if convicted the teachers were facing from 0-17 years in prison if convicted.

If these alleged offenses had been committed in Tennessee and if the teachers made the alleged video tape or if they even knew that the video tape was being made, these Teachers could have been facing:

Add this all up and if these teachers had been accused in Tennessee they would be facing a minimum mandatory 8 years in prison and up to a total of 51 years, not to mention sex offender registration for life.

If the allegations are true there is simply no way to understand or explain why these two very attractive young women teachers (who no doubt would have no trouble finding willing, attractive, and successful adults to date) would engage in this behavior and throw away their careers, many of their personal relationships, and possibly their freedom- especially in these days of social media and a recording device in everyone’s pocket in the form of a smart phone. They had to know the chances of getting busted were pretty good. After all, what 17-year-old boy does not brag about who he has had sex with? So what were these teachers thinking? As I once heard a judge very succinctly state: you cannot rationally explain the irrational.

If the allegations are not true, and false allegations against teachers do happen I hope the authorities throw the book at the accuser. Unfortunately few states, including Tennessee, have crimes that specifically make a false allegation of sexual battery or rape a crime. It is a class E or class C felony in Tennessee to make a false report of child sexual abuse. However, because these crimes are only misdemeanors, and because actual arrests and prosecutions for violations of false report statutes are rarely brought, the law does little to protect teachers or anyone else from a false allegation. Teachers and educators therefore need to be extremely careful about how they interact with students in order to avoid even the appearance of inappropriate behavior because the law does little from discouraging a disgruntled student or the troubled student seeking attention from making a false allegations.

It has been my experience as a Nashville criminal defense lawyer that once the allegation is made, the criminal justice system will always assume the allegation is true and will set out to prove the truth of the allegation. They rarely conduct an independent non-biased investigation. I have a case right now where a 16-year-old girl told a boy she liked she had been raped, when the boy reported this to the police the girl told the officer it was not true and that she had told the boy this for attention. The officer flat out told her he did not believe her and he believed she had been raped. With no physical evidence and only on the statement of a girl who said she had lied to get attention the police arrested, and the state indicted the man she had accused. He sat in jail for six months before he was able to post bail, and a trial date is pending.

Therefore, teachers should never allow themselves to be alone with any student anywhere, even same sex students. Teachers should be very careful about forming “friendships” with a student, and should never send the student personal notes, letters, emails, text messages. If special attention needs to be shown to a student and you need to demonstrate to the student that you are there for them, and that you care for them, always do it in a professional manner. Never even joke about topics that could be considered inappropriate. If a student asks advice about a sensitive subject tell them you would be glad to counsel them along with the guidance counselor Always, always, assume you are either being voice recorded or video recorded and if you would not want what you were planning on saying or doing to be played back to an administrator or parent, or on YouTube, that is a good indication that you should not go there, even if it was just a teacher trying to be a friend to a student who needed one. As a Nashville criminal defense lawyer, I know the criminal justice system has no hesitations about chewing you up and spitting you out. Even if you avoid going to jail based upon a false allegation you have lost your career.

Board Certified Criminal Trial Law, licensed in Tennessee and Florida