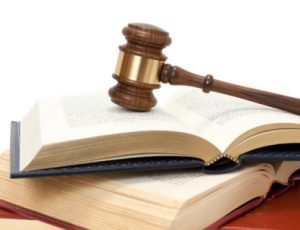 Domestic violence charges are very serious and can lead to significant consequences if you are convicted. If you have been charged, it is imperative that you work with a Nashville domestic violence lawyer who has the experience and knowledge to provide you with first-rate legal representation. The following provides some basics about Tennessee’s domestic violence laws.

What Exactly Is Domestic Violence?

Domestic violence is a specialized form of assault which involves a member of the family or household. The general perception is that domestic violence occurs primarily between spouses, but this is not necessarily the case. Among other relationships that can involve domestic violence are:

Tennessee recognizes two main forms of assault: simple assault and aggravated assault. While your Nashville criminal law attorney can further distinguish between the two for you, generally the following applies:

Penalties and Defenses for Domestic Violence

Your attorney will discuss the specific possible penalties in your case, but domestic violence is categorized as Class A through D offenses. Classes A and B are misdemeanors for which a monetary penalty up to $2,500 may be rendered, as well as between 29 days and six months in jail. Classes C and D are felonies; as such, the penalties are significantly higher—as much as a $10,000 fine and/or up to 15 years in state prison.

Your attorney will discuss possible defenses in your case. Sometimes domestic violence charges are made rashly and without substance, and then the person filing charges realizes that once the district attorney takes the case there is no going back. If it is evident that you will be found guilty, there are alternatives to jail and fines, such as diversionary sentencing.

If You Have Been Charged with Domestic Violence

Police generally dread handling domestic violence calls because often the situation in the household is quite volatile, and the potential for injury is high. If you have been charged with domestic violence, it is important that you work with a Nashville domestic violence lawyer who will vigorously defend your rights. Call Horst Law today at .