Click for Navigation
Horst Law > Blog > Blog > Holly Bobo’s accused rapist confesses – but will it hold up in Court??

Holly Bobo’s accused rapist confesses – but will it hold up in Court?? 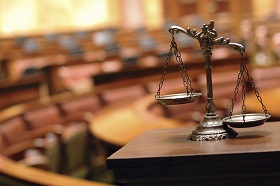 It was announced yesterday in one of the most intriguing and highly publicized murder cases in Tennessee in the last 20 years that John Dylan Adams has confessed to the rape of Holly Bobo.  John Dylan Adams was previously charged in the case with tampering with evidence. He is the brother to Zachery Adams who has been indicted for the actual murder.

In a case where authorities have been extremely guarded regarding the details of the evidence in the case this most recent revelation was no different. It has only been reported by authorities that Mr. Adams confessed to the rape. The Tennessee Bureau of Investigation did not disclose any of the details surrounding the alleged confession, such as where it took place, how long he was questioned, what he was told – threatened – or promised – if anything in order to get him to confess, or whether he had an attorney present. However, it is already known that Mr. Adams was in custody on other charges, requested a court appointed lawyer when arraigned for the rape and so it is a fair assumption he did not have a lawyer when he confessed, and It has been reported by family members of Mr. Adams that he has a very low IQ (70 which according to the American Psychiatric Association is borderline functioning) and is easily manipulated.

It is therefore highly likely that this confession will at some point be challenged as a confession that was obtained in violation of the Constitutional right to remain silent. For a defendant’s confession to be admissible in court the State must show that the person freely and voluntarily waived their right to remain silent. The legal test set down by the United States Supreme Court and followed by the Courts of the State of Tennessee is whether under the totality of the circumstances the confession was voluntary. 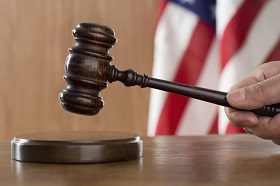 Factors that a court will look at to determine whether the confession was voluntary include but are not necessarily limited to: the length of the interrogation, where it took place (was the person in custody), the defendant’s mental acuity, his education, whether Miranda rights were read, and any physical or mental coercion. Mental coercion can include threats as well as inducements such as express or implied promises of leniency. Based upon the facts that Mr. Adams was in custody, likely did not have a lawyer present, reportedly has a low IQ and is someone who can easily be manipulated, it appears that Mr. Adams has at least a viable argument that his confession was not voluntary and should not allowed to be used as evidence against him. The likelihood of the success of any such motion will depend on other factors that we do not yet know, and it will be an interesting case to watch.