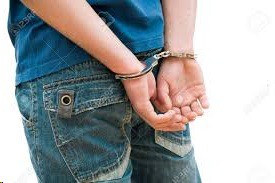 On Friday it was announced that two women were arrested in Nashville for the sexual offense of sex trafficking of a 16 year old girl. (Sex trafficking in West Nashville Tennessee)

The two Defendants face a class B felony sex offense which carries a sentence of 8 – 12 years. While it is currently unknown if the authorities are investigating any of the customers or “Johns” who paid to engage in sexual contact with this minor these customers have plenty to be concerned about even if they did not now she was a minor. While patronizing (hiring a prostitute) in Tennessee is a misdemeanor and does not requires sex offender registration, statutory rape is a felony that does require sex offender registration.

Sexual activity with a minor in most states like Tennessee and Florida is a strict liability crime. It does not matter if the minor looks 25, had a fake driver’s license, and lied about her / his age.   Prosecutions of an individual who was actively misled and who had no reason to suspect or know the minor was in fact under age are rare but they can and do happen. Therefore, if the police come knocking and start asking questions responding with: “I’m sorry I did not know she was a minor” will do nothing but land that person in jail and on the sex offender registry.  As usual the best answer when the police come to the door is to say nothing except for “I want a lawyer”, then shut up and call a lawyer. Preferably call a sex crimes lawyer with experience in sex offense cases.

Board Certified in Criminal Trial Law, Licensed in Tennessee and Florida.