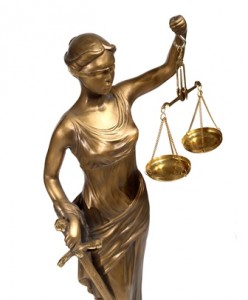 As a Nashville criminal defense attorney who has represented many people accused of a sex crime I occasionally find myself in family court defending a client when the State or another parent is attempting to remove a child from a parent’s custody because of sexual abuse allegations.

A case in the news today (Mama June’s Kids Could be Taken Away by Child Services) underscores how the State often abuses its power when it tries to remove children from a parents home.  These cases raise serious threats to the liberty and freedom of all citizens.

Thankfully, I have never seen the show Honey Boo Boo. The entire child beauty pageant thing frankly creeps me out.  Nevertheless the fact that the State wants to step in and remove a child from her Mother‘s care because of who her mother might be dating concerns me.  At least in this particular case  it appears that the alleged sex offender the mother is alleged to be dating allegedly abused another daughter of the Mother years ago.  Therefore the State may have a legitimate concern in this case.

Nevertheless this case reminds me of a case I had a few years ago when I represented a mother in Tennessee in a case where the State through the Department of Children’s Services was attempting to remove the child from the Mother because she had married a man  who 20 years before had been convicted of a sex offense.  Now keep in mind that there was no evidence the Mother had allowed the man to have contact with the child.  In fact she had proven that they maintained separate residences. Furthermore she had pledged that she would not allow the convicted sex offender to have contact with the child, and keep in mind that the conviction of the husband was 20 years ago for the crime of rape against a teenage girl, and the minor child of the Mother in this case was a young boy.  Therefore, for no other reason than who she had married the State stepped in and tried to remove the child from this Mother.

My Client was so terrified of the State and its heavy handed authoritarian rule and of the Judge who, through her comments in open court, had made it apparent that she was a puppet of the State and D.C.S., my client chose to give into the State’s demands rather than take the case to trial.  She was therefore forced to not only promise that she would never let her child to have contact with her husband- which is fine, but she was forced to divorce the man, and was forced to pledge she herself would never have contact with him either.  What business did the State have in telling this woman who she could or could not marry or date as long as the man did not have contact with her child? Don’t we still have a constitution – somewhere? Could someone open that thing up, blow the dust off of it and actually apply it to some of these situations?

So big brother is here. When people ask me why I represent individuals accused of child sexual abuse or child molestation I reply that one of the reasons is that this is the excuse that big government will use to control the personal life of all of us. By simply accusing a person of sexual abuse or simply accusing a person of exposing a child to the danger of sexual abuse the State removes all sympathy of the general public from the accused, because now that person is  A CHILD MOLESTER and no one wants to stand up for the rights of a child molester.  The ever expanding power of the State to regulate our personal lives granted to it by the legislature in order to “protect the children” is well on its way down the slippery slope and soon it will be too late. Before the general public sees it coming we will all simply be servants to the State and the State will consider our children state property for the State to raise as it deems proper.

Board Certified Criminal Trial Attorney. Licensed in Tennessee and Florida.