Drug Trafficking Laws and the Consequences of Charges 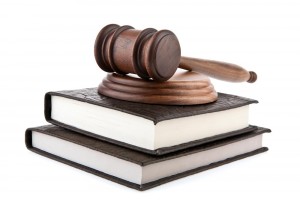 Drug trafficking is a far more serious charge than drug possession. Individuals facing a trafficking charge will generally face far stiffer penalties if convicted. A skilled drug crimes attorney in Nashville can review the specific charges against their client.

Trafficking charges generally relate to defendants suspected of manufacturing, selling or distributing illegal drugs. This is a much more severe charge than mere possession or use of an an illegal drug. State laws look at the type and quantity of the substance involved as well as the intent of the suspect.

If a criminal suspect is caught with an illegal drug such as heroine or cocaine, a trafficking charge may attach even if the quantity in question is relatively small. These “harder” drugs are deemed to have no medicinal value and the law often presumes that possession in sufficient quantities shows an intent to sell or distribute. Drugs such as marijuana or others that have some medicinal value will require the possessor to have a much larger quantity in order to have a trafficking charge attach.

The key question when discussing criminal penalties is whether the defendant faces misdemeanor or felony charges. Felony charges are much more severe and often include significant jail time and fines. Additionally, felony convictions can follow the defendant around for the rest of their lives making it difficult for them to find employment and housing in some cases. If convicted of a trafficking charge as opposed to mere possession, even a first time offender can face a felony conviction.

Due to the seriousness of the potential penalties, it’s important that a criminal defendant understands what they’re up against if facing a trafficking charge. An attorney can review the charges and probe for any weaknesses in the prosecution’s case. Additionally, inquiry can be made into how law enforcement collected evidence and investigated to ensure the defendant’s constitutional rights were protected.

An experienced drug crimes lawyer in Nashville can assist you with building a defense strategy in the event you face charges. The sooner you engage the services of an attorney, the more options you may have. To schedule an appointment for an initial consultation with Horst Law, call .