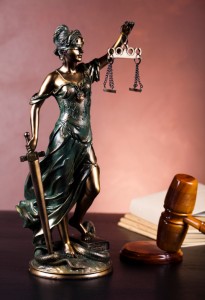 A great deal of media attention is paid to the broad legal concepts associated with searches and seizures, including what should and should not happen when a motorist is pulled over by a law enforcement official. In addition, search and seizure and law enforcement motorist stops are featured fairly prominently in films and on television. Despite the ubiquitous nature of car stops and search related information, a great deal of what is presented in these forums is not necessarily factually correct. A Nashville criminal lawyer, faced with a client who was subjected to a police stop and subsequent vehicle search, is likely to spend a good deal of time examining the circumstances surrounding the stop. Any motorist is well-advised to understand some of the basics associated with a motor vehicle stop and subsequent search.

The Fourth Amendment and Police Stops of Motor Vehicles

The Fourth Amendment generally governs the issue of appropriate searches and seizures, including the stopping of motor vehicles and subsequent searches of a driver and passengers and the vehicle itself. A law enforcement official must have what is called a reasonable suspicion to believe a traffic offense or a crime has been committed to stop or pull over a motor vehicle. The reality is that courts across the United States are giving law enforcement officials broad latitude when it comes to pulling over motor vehicles and conducting searches based on probable cause.

What Police Can Do When a Vehicle Is Stopped

A Nashville criminal lawyer is likely to explain to a client that a law enforcement official can take additional steps depending on the circumstances of the stop. For example, if the occupants of the vehicle (including the driver) engage in suspicious conduct, including not cooperating with law enforcement, the officer can pat these individuals down. If the police officer has probably cause that the vehicle contains evidence of a crime, the vehicle can be searched in some instances without the need for a warrant. A Nashville criminal lawyer can closely examine the circumstances of the stop and search, and challenge the process itself, if it doesn’t meet legal and constitutional muster.

A person charged with a crime arising from a traffic stop can schedule an initial consultation today with a Nashville criminal lawyer at Horst Law by calling .