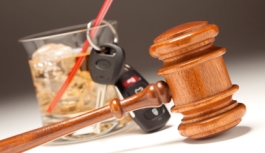 Tennessee treats driving a motor vehicle under the influence of an intoxicant (DUI) as a major offense, says a Nashville DUI attorney, and its law enforcement agents investigate all suspected incidents thoroughly for all available evidence. In their investigations, state and local police first interrogate all suspects before they administer field tests for conclusive evidence.

The interrogation itself is in effect a preliminary test that gives the officer an opportunity to look for objective signs of intoxication in the odor of alcohol or in slurred speech.

One reason for interrogating the suspect before testing for sobriety is to determine whether any pre-existing physical impairments preclude use of particular field tests. For example, field sobriety tests of the ability to balance on one leg would not be appropriate for a suspect with infirm or injured knees.

Our Nashville DUI attorney adds that by asking them for the date and time, an interrogation also can reveal whether suspects suffer from any mental impairment from alcohol or whether they can respond rationally with coherence and orientation to time and place. Asking whether they can say why the police stopped them has the same purpose.

Several field sobriety tests divide attention because they require completion of two or more tasks at the same time:

Two different field sobriety tests may combine as in these examples:

There are also three types of interrogation that intend to divide attention:

Anyone stopped for, arrested for, or charged with DUI should contact our Nashville DUI attorney Brent Horst as soon as possible to discuss the facts of the case with professional counsel skilled and experienced at handling drunk-driving cases. The governing law is complex, the prosecutors practice a zero-tolerance policy, and the courts are not reluctant to order severe sentences. The advice and advocacy of a Nashville DUI attorney are indispensable to every defendant. Call today to make an appointment.