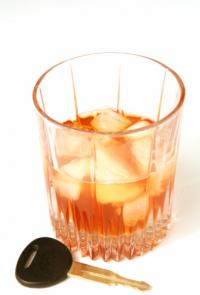 The use of anonymous informants in DUI cases is not the most common usage of an informant in criminal law. However, it does happen and it could happen to you. Our Nashville DUI lawyers know how to defend against serious DUI charges and will fight to keep this unlawful evidence out at trial.

Generally, anonymous or confidential informants provide information to law enforcement letting the authorities know that somebody has will commit a crime. The overriding question is whether or not the “tip” was lawful. Unfortunately the law is not clear as to when or how an anonymous informant’s tip will be sufficient to justify an arrest. Because the law is vague, you need a Nashville DUI attorney who is a knowledgeable and persuasive advocate.

There is Supreme Court case law based on a Florida case allowing an anonymous tip to be used as evidence where the informant was able to predict the defendant’s actions with specificity. She told the police when the suspect would make her move, what car she would be driving and where she was going. This judges found that this was enough information to give the police reasonable suspicion and detain the suspect.

Conversely, there is case law where the Supreme Court found that the informant’s statement was too general to justify detaining the suspect. In the case, the informant only provided a description of the suspect’s shirt and the bus stop where he would be.

Fighting these cases requires balancing the facts of your case against the legal precedents and convincing the judge that the informant’s testimony is insufficient. These cases are very fact-specific. A Nashville DUI attorney with superior trial skills is necessary to build an effective defense.

Trust the Skills of Our Nashville DUI Attorney

You should seek legal representation as soon as possible after being arrested and we are standing by to take your call. Regardless of the circumstances leading to your arrest, Nashville DUI lawyer Brent Horst can help. Don’t wait! Call us at for a case consultation.