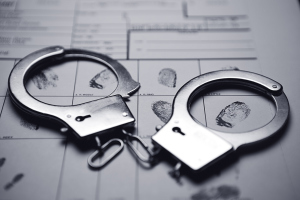 Nashville criminal defense attorney Brent Horst understands that being arrested is never a positive experience, and the defendant often feels intimidated during the booking process. Defendants have very few rights when being initially booked with the exception of notifying someone outside of the jail. Actually, depending on case circumstances, bail is often set before anyone is contacted on the outside because most courts have a set policy on bail and bond schedule amounts for typical cases. Cases involving extenuating or mitigating circumstances can take longer if the judge feels the defendant is a flight risk or multiple charges have been filed against the defendant. Conversely, bond amounts can also be lowered when the judge feels a particular defendant has minimal involvement in any criminal behavior.

Bail and the Bonding Process

Bailing out of jail is usually what occurs when a defendant is allowed to post 10% of the bond amount and is released. These defendants either have a clean criminal history, or their record has always indicated that they have appeared in court as ordered. The defendant’s ties to the community can matter also, with respect to length of time living in the region and local family. However, for those defendants who cannot qualify for bail, the state of Tennessee does utilize bonding agencies in case prosecution, and often even a defendant with an established criminal history can find a bonding agency. Having a reputable Nashville criminal defense lawyer can make a real difference when looking for a bonding agency because it can be seen as a character reference in some cases. Bondsmen can still request collateral when ensuring your court appearance as financial protection against failure to appear. In addition, a promissory note may also be required with a co-signatory when charges are serious enough to warrant a high bond level. Sometimes input from your Nashville criminal defense attorney and the bonding agency can result in a reduced bond amount or a surety bond.

Being released on your own recognizance is commonly done when the defendant is being charged with a minimal non-violent crime and there is no history of contempt of court or failure to appear. These are usually defendants who have a solid employment record or are attending school. Education requirements can be justification for a defendant to request work release just like employment, and many times the court will opt for a form of own recognizance release or lessened bond amounts. This also reserves the opportunity for a work release if an incarceration term is part of the punishment. Your Nashville criminal defense attorney can be instrumental in negotiating with the court for a bail release on your own recognizance when your counsel can demonstrate personal responsibility on your behalf.

While the United States Constitution literally states that bond amounts for a defendant cannot be excessive, judges still have significant power in latitude when setting bond levels. Multiple charges can support the judge combining the standard listed station house bond amounts. Bond amounts can also be elevated when aggravation charges can be applied, often times moving a misdemeanor charge into the felony category. Felony charges are much more serious in nature and the bond schedule amounts reflect that seriousness. This is especially true when it appears that the state has a very strong case. Sometimes your Nashville criminal defense lawyer can negotiate with the court to allow release of some type that could also allow the defendant to work and earn resources necessary to defend the charge. It is clearly more difficult to defend charges while still being incarcerated because the defendant can provide more help to their legal counsel when released until the actual trial date.

The court can set the standard on the type of bond payment, including requiring bond be posted in cash for egregious criminal charges. This can also be done even when the defendant has no prior record. In addition, most 10% posted bond amounts are also done in cash because the payment is still processed through the bank. States like Tennessee that allow bail bondsmen rarely use the 10% standard because a bonding agency will usually charge 10-15% of the total bond amount as an administration fee for carrying the bond. The bonding agency then becomes a surety bond holder for the court, shifting the administrative burden to the bondsmen. This means that if you skip court, the bonding agency officers will also be looking for you as well as the local authorities.

Individuals who cannot meet the terms of bail will be lodged in jail until their arraignment date, and sometimes until their actual trial. Each court date is a formal opportunity for your legal counsel to request a change in bond requirements. Individuals who are required to post cash bond with the state will have the amount returned minus an administrative fee when the case is finally settled. Bonding agents do not refund required upfront payment because this becomes the bonding agency fee. Defendants who eventually receive jail terms are usually eligible for work release when appropriate, but the administrative fee for work release is not reimbursed. Always remember that work release is a privilege and can be easily revoked.

Anyone facing a criminal charge in the Nashville area should contact Brent Horst Attorney at Law at for a full evaluation of your criminal case.