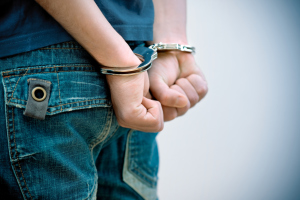 Despite the best efforts of our Nashville sex crimes attorney, a jury might find you guilty of a sex-related offense. The judge will then sentence you, basing his or her decision on several factors. Criminal statutes generally include a range of sentences, including possible fines, community notification information and minimum and maximum sentences.

The judge will review mitigating and aggravating factors and usually outline these factors when he or she announces the sentence in open court. Mitigating factors might include the defendant’s young age, lack of a criminal history, or the fact that he or she was influenced to commit a crime by someone older or more responsible. Aggravating factors include premeditation, seriousness of a crime or other considerations that might warrant a more severe penalty.

The federal government, along with each state, has their own sentencing laws in place for sexual assault, along with specific sentencing ranges. For example, federal law requires judges to consider a defendant’s acceptance of responsibility for his or her actions along with the defendant’s criminal record. In a sexual assault case, the law allows for fines and includes a maximum sentence of up to 20 years in prison. The defendant must repay victims for any expenses that directly stem from the offense, including the following:

Our Nashville sex crimes lawyer can provide you with specific details on how much restitution you will need to pay if applicable in your case.

Sexual assault in New York is a class D felony. The sentencing judge can work within the predetermined parameters imposed by law. However, the judge sets an “indeterminate” sentence, meaning that it is not the exact sentence but a range of time somewhere between the very minimum and highest maximum. The exact sentence depends on the person’s behavior, along with other factors, while in custody. In New York, these time frames range from one year to seven years. The judge narrows down the sentence so that it falls within those parameters. On the other hand, in California, the courts can fine a person up to $10,000 for sexual assault, along with sentence him or her to two, three or four years in prison. The courts call this a “determinate” sentence since it refers to a specific prison sentence. Again, when deciding on a sentence, the judge looks at mitigating and aggravating factors, along with other considerations, before ruling on an exact sentence. Tennessee has established their own set of laws related to sexual assault offenses as well. For specific details on how these laws relate to your case, speak with our Nashville sex crimes attorney.

Horst Law can provide you with further information on mitigating and aggravating factors in your case. Call us at .