Click for Navigation
Horst Law > Articles by Brent > I have been arrested and charged with possession for resale. Now what?

I have been arrested and charged with possession for resale. Now what?

What is the offense of possession of a controlled substance for resale? 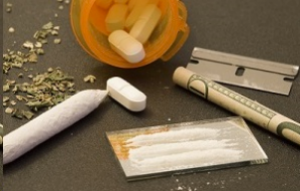 In Tennessee, it is a felony criminal offense to manufacture, deliver, sell, or possess with intent to sell, manufacture, or deliver a controlled substance, without a valid pharmaceutical prescription (Note: some drugs do not qualify as lawful pharmaceutical drugs and may not be possessed under any circumstance).

Felony drug offenses can arise from many different situations, including the police finding drugs during a routine traffic stop as well as complex large-scale drug conspiracy investigations where the police have targeted individuals and groups of individuals and employed sophisticated investigation techniques such as wire taps, GPS tracking, and the use of confidential informants. There are several possible defenses, and the likelihood of a successful defense depends upon the facts of the particular case.

If we’re not defending against a drug conspiracy case, oftentimes the other type of drug case that we would have is if drugs are found in your car or your home. Maybe the police stopped you on a traff…

Possible defenses include but are not limited to:

It is usually much easier to find a viable defense in the non-targeted case. The case where drugs are unexpectedly discovered by the police and they are then left to try to put the case together from evidence that they unexpectedly found – such as a routine traffic stop. When the State is running a targeted operation and has the time to employ resources to build a case against an individual or group of individuals, it will usually not bring charges or indictments or make arrests until it has significant evidence against the target. In these situations finding a defense is usually limited to: 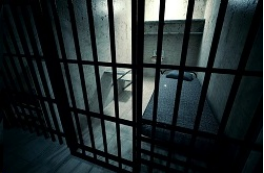 The manufacture, delivery, sale, and possession of a drug for resale in Tennessee are each felony offenses. The level of felony, and therefore the amount of potential incarceration, as well as eligibility for probation or parole, varies greatly from low level felonies, which have the possibility of probation and expungement of the case, all the way up to a class A felony, which have a maximum of 60 years with no probation or parole eligibility. What level of felony a particular drug offense or what level of sentence that could be imposed for that felony offense depends upon: 1) the type of drug, 2) the amount of drug, 3) whether the possession took place in a special protected zone such as near a school, day care, or park, 4) and the defendant’s prior record.

Felony drug offenses in Tennessee involve a wide range of conduct and drugs, and involve a wide range of sentences from minimal probationary terms to decades in State prison. Whether any particular case can be defended against successfully or whether the sentence can be mitigated to avoid prison time depends upon the facts and circumstances of each case.

Based upon the very serious consequences, including simply having a permanent felony drug conviction on your record that prevents you from obtaining good employment or from pursuing certain professional careers, it is imperative to at least consult a qualified criminal defense lawyer if you are facing an allegation of having violated the Tennessee Criminal Code by manufacturing, distributing, selling, or having possessed for re-sale a controlled substance. 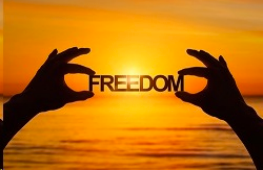 Brent Horst, Board Certified Criminal Trial Specialist by the NBTA
Licensed in Tennessee and Florida.
Date of Article 08 Jan 2017.
This article is for general informational purposes only and is not intended as legal advise. The author does not warrant that the information is current after the date that the article is first published. Always consult a qualified lawyer to discuss the particular facts of your case.