Authors note: This Article is targeted mainly toward non-lawyers. Those who suddenly find themselves or someone close to them accused of Domestic Violence. As the contents of this article are based almost entirely upon my personal experience and opinions developed from nearly 30 years of criminal trial experience as a prosecutor and defense attorney including at least two hundred criminal jury trials the use of legal and research citations will be omitted. My research is my personal professional experience. The purpose of this article is to provide individuals accused of domestic assault with basic practical legal information and a framework for things to consider as they begin the process of deciding how to defend themselves. However, such individuals should always keep in mind that every case has unique and challenging facts that may call for different considerations or actions from those discussed in this article. Anyone accused of a crime should follow the advise of an attorney experienced and knowledgeable in the defense of these cases and who is familiar with the specific facts of the individual’s case.

What is a Domestic Assault?

A domestic assault is really an assault, but it’s committed, or alleged to have been committed, against someone in your home. Either a spouse, or a sibling, a domestic partner. That’s the only differe…

In Tennessee a domestic assault is simply committing an assault against a person who is or was a family member such as spouse, parent, adult child, other related family member by blood or adoption or marriage, or someone you have dated, or someone you have lived with. If you have any more questions on what is classified as assault, Brent Horst has also published a video explaining domestic assault. 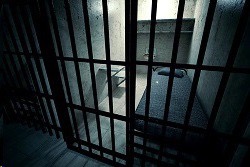 A misdemeanor domestic assault carries the potential punishment of up to 11 months and 29 days in the county jail. A felony assault carries a possible 3 – 15 year sentence in state prison depending upon prior convictions. First offenders who are convicted of domestic violence whether a misdemeanor or felony are likely to receive probation.

Many police departments have a policy that on any domestic violence call someone must be arrested – regardless of the evidence or lack of evidence. Therefore, a lot of innocent people are arrested and hauled into court. No police officer, no prosecutor, an no judge wants to be the person who did not make an arrest or who dismissed a case to then have the accused later seriously injure or even murder their spouse or family member. The news stories blaming that officer or prosecutor or judge can end a career. Therefore, you can be certain that the people working in the system in order to protect their own careers and own interests will often insist on pursuing cases even where the evidence does not support the allegation.

Therefore, if you or your lawyer does not know how to navigate this very unfair system it can be very difficult to obtain a fair result.

How We Defend Domestic Violence Cases 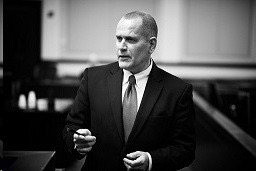 One of the benefits to having a reputation for fighting is that prosecutors know that we have no problems going all the way and taking a case to jury trial when necessary. If a client has been wrongfully accused or wrongfully arrested and we do not believe the State can prove its case we always stand ready and able to vindicate our client thru the jury trial process. Usually it does not take that long for us to prove the State cannot win and for the case to be dismissed.

If there is significant evidence of guilt or if the client simply decides they do not want to take the case to trial even if they did not commit the offense we nevertheless are often able to negotiate a dismissal. This is often done by negotiating some type of diversionary program such as counseling or anger management class, or community service.

The ability to negotiate a favorable result in cases where there is evidence of guilt or the client does not want to take the case to trial depends upon:

If your case is dismissed either due to lack of evidence or due to a negotiated sentence that allowed dismissal after completion of conditions it is important to have all records of the case expunged (erased). Even if your case is dismissed expungement does not happen automatically and you need to know that you must file papers to initiate the expungement process. There are two tiers to expungement. 1. Public court records and 2. non-public arrest records. To expunge court records you must make that request to the court. To expunge arrest records you must make that request separately to the F.B.I. We of course handle all of this for our clients. Make sure that your lawyer initiates expungement with the court and with the F.B.I. so that you do not lose out on a job or other opportunity because someone does a background check and discovers that you were arrested for a violent offense. 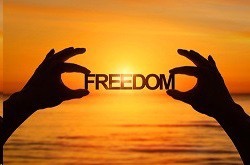 Due to the political nature of domestic violence cases in the criminal justice system the police, prosecutors, and judges apply extra scrutiny to these cases. It can therefore be much more difficult to achieve a good result for the accused in a domestic violence case even if that person is innocent. Having a lawyer with the experience to navigate the system and who has the willingness to fight as well as the reputation of a fighter is extremely important to win back you reputation and your freedom.

My Client – My Fight