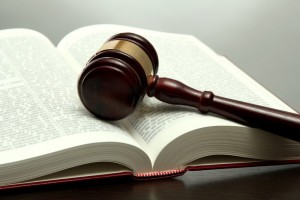 When you are facing allegations of child abuse, it is important for you to choose the defense against child abuse charges that is most appropriate for the facts of your case. Child abuse cases are generally difficult, especially in the event a child will be testifying as a witness. A Nashville child abuse defense lawyer may be able to better defend against your charges successfully compared to going it alone. There are several different types of child abuse defenses, and your attorney will work with you to choose the best possible strategy for your case.

Unfortunately, there are some cases in which allegations of child abuse are simply false. This happens sometimes when the child’s parents are embroiled in a custody dispute or in situations when there is a high level of dysfunction. Raising a defense against false child abuse charges often involves more than just simply stating that you did not do it, however. To be most effective, you may need to be able to provide evidence showing that the accusation is a lie. You might also be able to present evidence that the accuser has had a pattern of making such false accusations in the past.

Sometimes, a child will be injured as a result of an accident and not as a result of any abuse. Presenting evidence that an accident caused the child’s injury may be an effective strategy. Keep in mind, though, that the prosecution may still prosecute an abuse case if the accident was due to negligence on your part.

Causes Other than an Accident or Abuse

A parent may be charged with child abuse when the child’s injury happened due to an underlying medical condition or because the child got into a physical confrontation with another child. One type of genetic disorder called osteogenesis imperfecta causes bones to be brittle and easily break. There have been a number of cases in which parents of children with the disorder have been wrongly accused of child abuse. In order to assert this defense, you will need to present evidence of medical testing showing the child does have the disorder. You may also need an expert to testify that the injuries are consistent with the disorder rather than with the prosecution’s theory of abuse.

Parents or those standing in the role of parents have the ability to discipline their children as they see fit, including spanking. In many cases of child abuse, spanking and a question of whether the spanking was reasonable is central to the case. There is a limit to the degree of the discipline. The discipline must be reasonable and must not cause bodily injury. If a child’s bruising is severe, this defense may not be the best one to choose.

Can I go to jail for spanking my child? | Horst Law |

We are living in a day and time when there are a lot of questions surrounding what is the legal appropriate measure of discipline if I chose to spank my child. A lot of experts will tell you that you …

There are some religions in which the parents do not believe in going to the doctor or taking their children to a doctor for treatment. These belief systems involve parents relying on the power of prayer and trusting in God to heal the sick child. While it may be controversial for a parent to fail to take a child to the doctor and then that child becomes very ill or even dies, such a religious belief is generally viewed as an exemption.

Some parents have a mental health disorder called Munchausen Syndrome by Proxy, or MSP. People with this disorder have a need to seek attention from others by lying about their children having illnesses. Sometimes, parents will poison there children in order to make them appear sick, thus garnering sympathy from others. While this defense is a rare one, it can be raised. Evidence of the disorder is normally shown using psychological testing and medical records.

Contact an Attorney to Raise a Defense Against Child Abuse Charges

Because of the stigma surrounding the abuse of a child, defending yourself when you have been accused of child abuse can be very difficult. You need to seek the help of an attorney who is experienced with abuse cases. To speak with an attorney regarding your defense against child abuse charges, call Horst Law at .