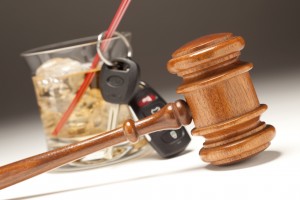 A DUI trial can be daunting if you do not have an experienced Nashville DUI lawyer by your side. During a DUI trial, there is a procedure that is followed in the court. The following explains the procedure and what to expect to happen during your DUI trial.

The Use of an Expert Witness

More often than not, DUI trials will involve the use of expert witnesses. The prosecution will have scientific measurements that they want to use and will need the expert witness to explain those findings to the jury. The expert witness will be someone who has knowledge and expertise in that specific field that is not usually shared by the general public. An expert witness for the prosecution could include a law enforcement officer who has insight and training for DUIs. While a law enforcement officer does have training that the general public lacks, the officer cannot testify as to how the breathalyzer reaches its findings or how your blood alcohol level may affect your mental capacities. Not all DUI trials involve alcohol. A DUI means driving under the influence which can include being under the influence of marijuana or other drugs. If this is the case for your DUI trial, then the prosecution will be in a greater need for an expert witness. Your Nashville DUI lawyer should also provide an expert witness who will be able to cast a reasonable doubt on the witness that the prosecution uses. Expert witnesses for a DUI trial can be costly; however they can also greatly affect the outcome of your case. If you were found with drugs or above the legal limit of alcohol in your system, prepare to spend a lot of money in order to receive the best outcome for your case.

The Use of Observer Witnesses

During a trial, those who testify in your defense are called observer witnesses. They are able to tell the jury what they observed directly and how it helps your case. Opinions are not allowed, just the facts as to what was observed. Most of the time witnesses that are close to you such as family members, friends, or even co-workers are not considered as reliable witnesses due to their relationship with you. Most likely the jury will have a hard time believing them as a creditable witness for your defense. It is often difficult to find complete strangers who are willing to testify to what they saw. Especially in a DUI case. During a DUI trial, there are likely to be no observer witnesses just the expert witnesses for the prosecution and defense.

During your DUI, if the police officers mishandled your arrest or obtained evidence illegally, this could work in your favor. Your DUI lawyer can contact the judge in the case and ask to have that evidence suppressed from the trial. That means that the prosecution will not be able to use that evidence against you in any way. For example, if you only consented to a breath or blood test after the police bullied you into doing it, then that evidence was illegally obtained. Your DUI attorney can make a motion with the court to suppress that evidence. The judge will grant a motion to discuss suppressing the evidence at least a few weeks before your trial begins. It is recommended that you do not try to file this motion on your own. It can be complicated and having your DUI attorney handle it for you would be best for your case. One of the most common reasons to ask for a motion to be suppressed is if the officer had no probable cause to stop you in the first place. Anything that happened after the officer stopped you with no probable cause would be suppressed during your trial. However, a police report typically includes a reason why the police stopped you, even if it is something minor like a seat belt infraction or busted tail light.

Making a Motion to Strike a Prior

This may not be your first DUI case. Any person who has more than one DUI violation can be facing some serious consequences. If you are facing your second or third DUI conviction, then you are also facing a much higher penalty than the first time. In order to receive the higher penalty, the prosecution will need to charge you with the prior conviction(s) you have as well. Consult your DUI attorney first; however it is best to enter a plea of “not guilty” when asked to do so. You should also never admit to any previous violations. You can deny any charges that were previously against you. Denying them is a legal option. By admitting to them, then you will not be able to challenge those claims later. If your prior convictions become stricken from the record, then the penalties you are facing will be less severe than if you are charged with both. Striking a prior conviction will depend on several factors such as if you were properly informed about the charges or if you waived certain rights during your first hearing. Much like the motion to suppress evidence, the motion to strike a prior can be a lengthy complicated process, and it is best to use your DUI attorney to help you through it.

You Will Need to Testify

You will be your only witness, in most cases. You will be the only person to stand up for yourself against what the arresting officer had to say about your DUI case. You will be the only person to contradict the events that the police officer testified to. The constitution gives you the right to testify at your trial, or not testify if you so choose. The biggest question to ask yourself before making the decision is, will the jury believe what you are telling them? Testifying in front of a jury can be tricky, and you can lose your credibility if you say something that they deem to be unbelievable. If you have prior convictions, then the prosecutor will try to use them against you while you are on the stand. The prosecutor could actually impeach your testimony, especially if your prior criminal charge is a felony. If your testimony goes against more than one police officer at the arrest, then you might not seem believable. If you misspeak while on the stand, the jury may think you are not being honest. Testifying in your defense may not be the best thing to do in your case. Discussing the outcomes with your DUI attorney can help you decide if it is the right move in your specific case. You will need to be able to keep cool, calm, and collected while the prosecuting attorney does their best to rattle you and get you to admit to something while you are testifying in front of the jury. Be sure to educate yourself before you do so.

Horst Law is the Nashville DUI lawyer who will stand up to fight for your rights! Call  today!

When Should You NOT Spend Thousands of Dollars to Try to Beat Your D.U.I. ... And When You Should