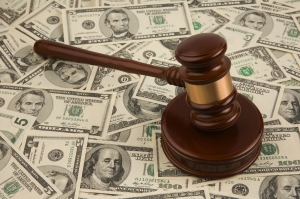 Defending white collar crimes is something a Nashville criminal defense lawyer is often called on to do. One of the most common white collar crimes is securities fraud, which is sometimes referred to as “investment fraud.” It involves providing false information in an effort to entice people to buy or sell certain stocks, and may include offenses such as insider trading, embezzlement, or stock manipulation. Many people become involved in securities fraud without even realizing they are doing so, which is why it is important to know when this type of illegal activity may be occurring.

There are actually numerous ways in which securities fraud can be perpetrated, but some of the most common ones are:

Regulated by the Securities and Exchange Commission

Acts of securities fraud are investigated by the Securities and Exchange Commission, or SEC. Due to limited resources, the SEC is not able to effectively prevent securities fraud, but instead reacts to cases after they occur. As such, it is not uncommon for people to contact a Nashville criminal defense attorney before charges are even brought, simply because they have become the target of an investigation. Many times, seeking help early can prevent charges from being filed in the first place.

The sooner you contact Nashville criminal defense attorney Brent Horst, the more thought out your defense will be. Call  today.