Why I Am Proud to Be a Tennessee Criminal Defense Attorney 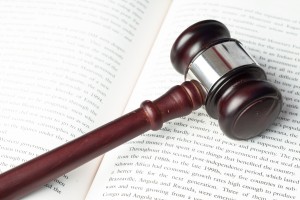 Many people often ask me how I can defend people charged with crimes, especially for crimes such as rape and child molestation. I have several answers to this question.

Not all persons charged with crimes are guilty.

Not all individuals who are charged with crimes by the government are guilty. Rarely does the “system” intentionally arrest and charge an innocent person but false allegations by vindictive spouses, business partners, angry family members, or others with a motive to make false allegations are sometimes made. Also, sometimes a person just finds themselves in the wrong circumstances which at first appearance make them look guilty of a crime such as having that one glass of wine with dinner and when stopped on the way home the cop smells the odor of alcohol.

I know first hand having worked for the government as a prosecutor how the system can make mistakes because of false allegations, or over zealous prosecutors and police officers. While I believe that most prosecutors and police officers are honest people doing a tough job I know from personal observation as a former prosecutor that the police and prosecutors often develop “tunnel vision” or confirmation bias” where they form an initial impression about one persons guilt and the entire investigation is tunneled or focused on proving that person’s guilt while exculpatory information and other suspects are over looked. This is an especially troubling problem in child sexual assault cases where the system which includes the investigators and social workers at the Department of Children’s Services often have an automatic bias in favor of the child and would never consider that the child’s allegation could be false. It is my opinion that in most of these cases every question of the child or the suspect, and every investigative action taken by the authorities is designed to confirm the child’s accusation, and that the investigation is not an un-bias search for the truth. This happens not because those working in the system do not care about the truth but because they have an automatic bias against the suspect.

The system is therefore usually quick to react deciding that the suspect is guilty and it kicks into full gear to prove that guilt and puts blinders on as to all other possibilities including the persons innocence. As in the example above, after you have had only one glass of wine with dinner the cop has decided in his mind that you are DUI and you can bet that his investigation will be slanted toward proving that you are DUI as opposed to proving that you are not impaired and if you do well on the field sobriety tests his video camera just might be “broken” that night.

It does therefore happen that innocent people are charged with criminal offenses. When it does I am proud to be the one person who stands up to the police and the prosecutors on behalf of these individuals.

Most people do not understand how I fight for those who I know are guilty, especially of such crimes as child molestation or violent crimes such as robbery or homicide.

When the founding fathers wrote the Declaration of Independence they declared a belief that all men . . . are endowed by their Creator with certain unalienable rights. The same founding fathers went on to write the Constitution of the United States and the Bill of Rights which set forth those specific rights. The United States Supreme Court has recognized that the constitutional rights of criminal defendants are granted to the innocent and the guilty alike. Kimmelman v. Morrison, 477 U.S. 365 (1986).

Therefore, in our system of justice the guilty have the same constitutional rights as the innocent. But why me and how do I stand up and fight for someone who is guilty? The answer to that question is that someone must. Otherwise, without criminal defense attorneys how does the system sort out the guilty from the innocent. Furthermore, as recognized by the British Historian Lord Acton, power tends to corrupt; absolute power corrupts absolutely. I truly believe that if our government were allowed to employ a criminal justice system that denied lawyers, or due process, or the other fundamental rights ensured by the Constitution to those it believed were guilty that it would not be long before those in power in order to advance their own political and economic interests would deny those rights to the innocent as well. Without criminal defense lawyers to protect the rights of the innocent as well as the guilty it would not belong before we lived in King George’s Britain, or Stalin’s Russia, or Hussain’s Iraq. When I stand up in court and give everything I have to protect the rights of a person I know to be guilty I am proud to be a warrior and defender of the constitution doing my small part to maintain American Liberty.

These are the reasons we do what we do.

I use, as my office motto, “My Client My Fight”. The reason I do that is I want to convey that this is not just a job to me. Any trial lawyer can say “I will fight for you,” because that’s their job. …