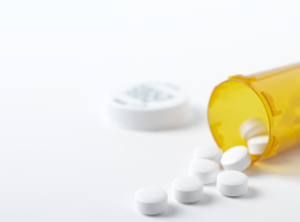 Nashville criminal lawyer Brent Horst has represented clients who are charged with drug offenses such as drug trafficking. People who are accused of drug trafficking may be prosecuted through either state or federal court, and the potential penalties are quite severe.

What Drug Trafficking Is

Drug trafficking encompasses a broad range of activities, including the distribution, sales, transportation and manufacture of controlled substances. A trafficking charge is usually weight-dependent, meaning that the amount the person possessed exceeded a certain defined amount for that drug. If you are facing drug trafficking charges, the potential for serious consequences that can have a permanent and negative impact on your life is real.

Most drug trafficking cases in Tennessee are prosecuted on the federal level, where you may face very long mandatory minimum sentences. The potential sentence you might receive will depend on the type of drug you are accused of trafficking, the amount and your criminal record. For example, a first offense of trafficking involving 5 kilograms or more of cocaine can lead to a sentence ranging from 10 years to life, along with a fine of up to $10 million for one person or $50 million if more were involved. The penalties vary significantly depending on what you are being accused of selling, but all involving trafficking of schedule I, II, III or IV drugs can result in sentences to federal prison for at least five years or more.

Along with drug trafficking, conspiracy charges are typically filed against others the government alleges were involved. In many cases, some of these people may not have even heard of the others. People are sometimes falsely accused by informants who are trying to get out from under their own potential charges. Because these informants are often scared about the potential for retaliation from their suppliers and others in the drug world, they may name people who are not involved simply to try to avoid being charged themselves. Being charged with conspiracy and drug trafficking may be extremely serious and very frightening for people who are charged but who are innocent. Conspiracy charges are used by the government to charge a large number of people using a single indictment. By doing so, the U.S. Attorney saves money. They only have to use one grand jury and may try multiple people in the same case, saving themselves time and effort in their prosecution. If you have been charged with drug trafficking and conspiracy, it is important for you to get the help of a Nashville criminal lawyer as soon as you are able to do so. Your liberty may otherwise be at stake.

Being charged with trafficking crimes can badly change your life. To get help from Nashville criminal lawyer from Horst Law, call .