Factors That May Make a DUI an Aggravated Offense 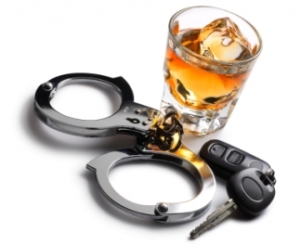 When Nashville DUI attorney Brent Horst represents people who are charged with DUI offenses, he explains that there are certain factors that can lead to the offense as being treated as an aggravated DUI rather than a standard one. While Tennessee already provides severe penalties for standard DUIs, the potential penalties when there are aggravating factors present are much more serious. If you have been charged with a DUI, here are the factors that can be used by the prosecution and the judge to enhance the penalties you’ll be facing.

In Tennessee, the blood alcohol concentration, or BAC, limit is set at .08 percent. If you are stopped with a level of at least that amount as shown by breath or blood analysis, you will be charged with driving drunk. If your BAC tests at .20 percent or more, the state’s law considers your level to be extremely high. At this level, the penalties you will face will be much more severe than those for a person whose level is lower.

Having Minors in the Car

Having Several Prior DUI Convictions

When a person is charged with a DUI while driving with a suspended or revoked license, they will face enhanced penalties beyond that which they would otherwise have faced. Even if no accident happened and no one was injured, the penalties may still be enhanced. This is because courts view driving drunk on a suspended license as indicating a lack of respect for the law.

If you were driving a significant amount over the speed limit when you were stopped and charged with a DUI, you may face more severe penalties. Courts tend to sentence people who were speeding excessively at the time of their DUI offense more harshly. This is because speeding while drunk is considered to be even more dangerous than driving drunk without speeding, due to problems with slowed reaction times and other factors.

If you caused an accident while you were driving drunk, that will absolutely cause your charged offense to be aggravated. If your accident resulted in the serious injury or death of another person, you will be charged with felony offenses as a result. These offenses range in their potential for prison time depending on whether the person was injured or killed.

Why Getting Legal Help Is Important

When you have been charged with a DUI in Tennessee, it is important that you seek help from a Nashville DUI attorney as soon as possible. An attorney who has experience with defending against DUI cases may be better able to identify problems with how you were stopped or how the testing was performed. They may be able to build a defense that is strong to help you obtain a more favorable outcome. They may also be able to secure a plea to a lesser offense if your drunk driving incident was one that was charged as an aggravated DUI offense.

To meet with a Nashville DUI attorney, call Horst Law at to schedule an appointment.