Click for Navigation
Horst Law > FAQs > What should I expect during a police interrogation? 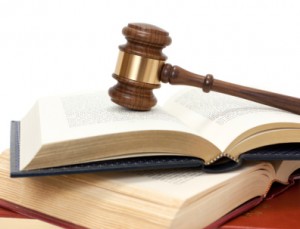 What should I expect during a police interrogation?

Police officers employ various and clever tactics to gather confessions from suspects they detain on suspicion of criminal misconduct. When the police aim to initiate interrogations, interrogation targets need to know what to expect and how to protect their rights. A Nashville criminal defense lawyer can provide the information they need to deal with police encounters and interrogations.

In any police interview concerning a crime, there are two essential points to remember. First, police design interrogations to obtain admissions and confessions. The accusatory interrogation is in effect an exercise in criminal injustice. Second, the best self-protection, even if the target of the interrogation has done nothing wrong, is never to make any statement to the police other than self-identification without first consulting a lawyer. Because police use many, diverse tactics to get confessions, the best way to avoid saying anything incriminating is to say nothing at all except that you wish to make no statement but to talk to criminal defense lawyer, repeated as necessary.

When police officers suspect someone of a crime, they often use the Reid interrogation technique first developed in the 1940s. The term “Reid Technique” is now a registered trademark of the firm John E Reid & Associates, Inc, which offers training courses to law enforcement agencies. This sort of interrogation, often seen in movies and on television, takes place in a dingy room with one officer playing the friendly, sympathetic “good cop” and another the hostile, antagonistic “bad cop.” In police procedural dramas, the interrogation ends with either a tearful confession or an intervention by a defense attorney, who shuts it down. In reality, the Reid technique is very effective at extracting confessions and for that reason has been in use for over a half century.

Using this technique, police rely on three methods to lead suspects to believe that confessing to crimes, whether guilty of them or not, is in their best interests:

For anyone interrogated at a police station, there is a good chance of subjection to the Reid technique. To avoid incriminating yourself, say nothing at all except to ask for a lawyer.

Informal questioning can occur in any encounter or interaction with a police officer. Whenever a police officer stops someone who does not know why, it is fair to assume that the officer suspects a crime, whether loitering or mass murder, and has made the stop to try to get a confession to the crime, and the suspect stopped should act accordingly. If free to leave, the suspect should depart. If not, the detainee should refuse to answer any questions until after consultation with an attorney.

How did I get charged with conspiracy I didn’t agree to work with those people?

In defending conspiracy drug cases, I am often asked, “How did I get charged with conspiracy? I did not agree to work with this person or that group. How am I being lumped in with all of these other p…

Although trained to stay close to the facts, police officers are not always above deception. No law or rule penalizes them for saying that certain evidence exists or that a co-defendant has confessed even if what they say is not true. Police generally may not make threats or promises although distinctions between permissible police tactics and impermissible threats and promises are far from clear. The best self-protection from unfair police tactics is with the assistance of a lawyer who can investigate the case and find out what evidence, if any, the police may have.

In numerous high-profile cases, courts have exonerated defendants who falsely confessed to crimes they did not commit. Psychological research shows that juvenile defendants and those with low mental capacity are most likely to make false confessions and that, counter-intuitively, innocent suspects may be more likely than the guilty to confess falsely in the mistaken belief that they can confess, end the interrogation, and then resolve everything somehow later. Regular voice recordings of entire police interrogations have reduced the numbers of false confessions in jurisdictions that have adopted this reform practice.

Some words to the wise: If accused of, charged with, or questioned about a crime, make no statement to the police without a lawyer present. Say instead, “I wish to make no statement but to invoke my right to silence and to consult with a Nashville criminal defense lawyer, who can help me decide what, if anything, I should say to the police.” For more information on how to protect your rights after you’ve been charged, contact Horst Law at .