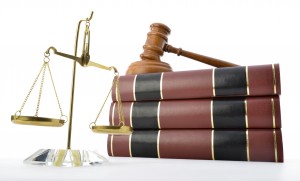 What is the Controlled Substances Act (CSA), and what does it have to do with you and a Nashville drug crimes attorney? You’re not a wealthy drug baron, you don’t use heroin, and you don’t stash empty packets of cold medicine in your recycling every week. However, if you take prescription medicines, like millions of other Americans, you could fall afoul of the CSA and end up having to pay a heavy fine or even serve time in jail.

What Is the CSA?

Prior to the 1970, when President Richard signed the Controlled Substances Act, there were 200 laws in the American legal system governing the manufacture and distribution of addictive drugs. Altogether, these laws were unwieldy and inadequate for their intended purpose, to protect the consumer and maintain public health. Included within the remit of the CSA are hallucinogens, narcotics, stimulants, and depressants. The Act classifies drugs into five schedules depending on their addictive potential, status in treaties and legitimate medical use. The most dangerous and least medically useful drugs in Schedule 1, whereas the least harmful and most therapeutically beneficial fall into Schedule 5, as follows:

The state of Tennessee is cracking down fiercely on illegal possession, use, and distribution of prescription drugs. Possession of up to 50 grams of Oxycontin or Dilaudid is a felony for which you could spend four years in prison. You may also lose your right to vote or own a firearm and face other life-changing consequences.

Say your neighbor’s teenage daughter is freaking out over an important exam in school. You give her half of one of your Valium tablets to take the edge off. What if she’s still inebriated from a party the previous night? Valium and alcohol is a deadly combination. If she lapses into a coma and dies, her grieving parents will not hesitate to implicate you. Horst Law has compassionate, but strong Nashville drug crimes attorneys. He should be your very first phone call if you are charged with a prescription drug crime. Do not discuss your case with anyone, including the police, until you have spoken with him. Your defense may begin by focusing on whether the police properly gathered the evidence they plan to use in prosecuting their case against you. If the arresting officers slipped up and violated your Fourth Amendment rights against unreasonable search and seizure, their evidence will not be admissible in court and the charges against you may be dismissed. If you blurt out something that can be used against you, you can be sure it will be. Let your Nashville drug crimes attorney protect your rights and give you the defense you deserve. Call Horst Law at .