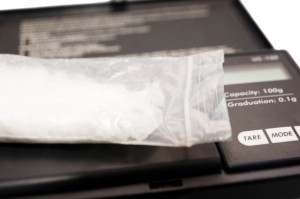 In Tennessee, it is a serious offense to possess controlled dangerous substances (CDS), a.k.a drugs, leading to harsh imprisonment and fines.  Convictions of felony possession of CDS cause one’s loss of freedom, and can permanently damage social relationships and employment opportunities.

It is a felony to possess a CDS with intent to manufacture, deliver or sell the controlled substance.  Tenn. Code Ann. §39-17-417(a)(4).   “Possession” does not require the CDS to be on a person’s body; it may be anywhere near the person.  A Nashville criminal attorney has seen a person charged with felony possession for being a passenger in a vehicle containing a CDS.

Depending on the type and amount of controlled substance in possession penalties vary as follows:

If we’re not defending against a drug conspiracy case, oftentimes the other type of drug case that we would have is if drugs are found in your car or your home. Maybe the police stopped you on a traff…

A skilled Nashville criminal attorney may argue lack of sufficient evidence and/or investigate police conduct to determine how to best challenge admissibility of evidence at trial.

For more information, contact a Nashville criminal lawyer with the Horst Law, at .