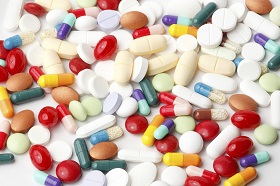 When most people think of drug crimes, they likely imagine illegal drug trafficking and clandestine operations. It may come as a surprise, but many such crimes involve prescription drugs. Medications that are prescribed for medical use are every bit as potent as illegal drugs. The difference is that there is a medically recognized value to them. They are, however, controlled as per the Department of Justice. If you have been charged with a prescription drug crime, it is important that you work with a Nashville prescription drug lawyer who will fight for you.

You should take very seriously the notion that what you say may be used against you in court. If you are arrested, you should not discuss the specifics of your case, even with police, until you can meet with your Nashville drug crimes attorney. It is sad to say that otherwise upstanding citizens can find themselves in a very difficult bind by misusing drugs that are legal but controlled.

Among the most common charges against defendants are:

It is important to note that since prescription drugs are very strong, their effects can be significant and can render a patient unsafe for driving.

Under the Controlled Substance Act prescription drugs came to be regulated. As such, they are categorized by the severity of their effects and medicinal value. Schedule I drugs, then, have no accepted medical use whatsoever. Schedule II includes such substances as morphine and methamphetamine. It is worth noting that new to the list of Schedule II is hydrocodone, which previously was a Schedule III substance.

Penalties for misuse or sale of prescription medications are often harsh. Many people begin taking a medication for all the right reasons but then become dependent upon it.