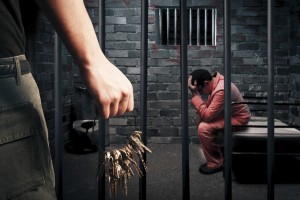 Tennessee defines murder, or criminal homicide, as the unlawful killing of another person.

This is the intentional or knowing killing of another in a state of passion produced by adequate provocation sufficient to lead a reasonable person to act in an irrational manner.  A Nashville criminal attorney has seen this occur, for example, when a defendant witnesses the spouse committing adultery and immediately kills the spouse and/or lover.

A defendant recklessly kills another by the operation of an automobile, airplane, motorboat or other motor vehicle as the proximate result of:

These are Class C felonies. If the driver was intoxicated by alcohol and/or drugs, then the driver committed a Class B felony.

If the driver’s conduct in a posted construction zone resulted in the death of an employee of the Department of Transportation, or of a highway construction worker, then the driver committed a Class D felony.

A driver charged with aggravated vehicular homicide faces a Class A felony.

Drivers convicted of vehicular homicide are prohibited from driving a vehicle in Tennessee for three to 10 years.

This is when the defendant:

This is the reckless killing of another.  For example, a Nashville criminal attorney recalls the February 20, 2003, Station nightclub fire in Rhode Island caused by the recklessness of club owners and the guest band’s manager, resulting in 100 deaths.

This is defined as criminally negligent conduct that results in death.

Capital crimes are punishable by death or life imprisonment with or without the possibility of parole.  Lesser felony penalties includes:

Self-defense. So, whether it’s in a bar fight, or if you’re in your home and a burglar enters, the law generally allows you to meet force with force. So what that means if, certainly, if I’m in a bar,…

A skilled Nashville criminal attorney may argue self-defense, lack of evidence, or violation of civil rights to counter any homicide charges.

For more information, contact a Nashville criminal lawyer with Horst Law, at .