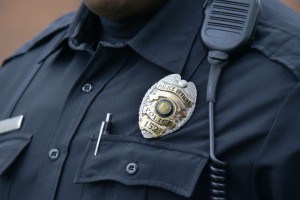 Misdemeanors – Class A and Class B

A reckless act is considered to be an act that has caused harm to another but was not intentional. Your Tennessee violent crimes attorney will explain that even if the offender did not mean to cause harm, an assault charge can still be filed because the offender had no regards for anyone else’s safety. An example of a reckless act is if someone is pushing through a crowd of people and accidentally pushes down someone who gets injured. While they did not intend to injure anyone, their reckless act ended up causing injury.

A domestic assault is one that involves family members or those living in the same household. As your Tennessee violent crimes attorney will go over with you, a domestic assault can involve married partners, significant others who live together, those who are dating, or in a sexual relationship with each other. Domestic assaults can be considered to be an incident of domestic violence in Tennessee.


A domestic assault is really an assault, but it’s committed, or alleged to have been committed, against someone in your home. Either a spouse, or a sibling, a domestic partner. That’s the only differe…

If you have been convicted of a simple assault, you may be required to pay restitution to the victim. The state of Tennessee requires that the offender pays the victim back for any medical expenses or damages to property.

The state of Tennessee allows for misdemeanor offenders to be sentenced to an alternative to jail, depending on their criminal history. There are typically two possible alternative sentences: a suspended sentence or a judicial diversion.

Regardless of what your case’s circumstances may be, a violent crimes lawyer will be able to help you maintain your rights and argue for your best interests.